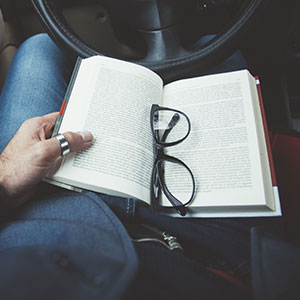 If you want to learn a new skill, one of the things you need to research is terminology. Every field and subject has unique words that can be hard to understand for outsiders. This lingo can be daunting at first, but it also means that by learning a few words you can quickly move ahead of the pack. Take things one term at a time as we look at some of the most important words to know if you’re planning on writing a research paper. If you understand the full meaning of these words, you can write a better essay.

A hypothesis is an educated guess about the results of a future test. Many people think scientists come up with an idea and look for evidence to support it, but that’s far from the case. The ideal scenario is a scientist coming up with a hypothesis about how the world works and then trying to debunk it. The point of a research paper is to carefully scrutinize a hypothesis to see if it is correct or not. A hypothesis should be as clear as possible. It should make a specific claim. Vague hypotheses can destroy a research project. If you only master one term you should learn the definition of hypothesis.

A good hypothesis must be falsifiable. This means that it can be proven wrong. Many people don’t want to see their ideas proven wrong so they word them so that they can’t be proven to be true or false. This is disastrous for a research paper. Even if a hypothesis is proven wrong, the article can still add to the total sum of human knowledge. However, if it isn’t falsifiable, then there’s no point in researching the subject. Everyone looking to do research should understand the importance of this word.

Every claim made in a research paper needs to supporting evidence. There are two ways to support a claim. You can either do your first-hand research or cite someone who has already done the work. Even the most original thinkers build on the experts that came before them. A good research paper should be filled with citations, pointing to the work the paper is based on. In the end, the best research papers will be published and cited by future scholars. It’s the circle of academia.

Every research paper cites sources, but the way those sources are cited depends on the format. There are three major formats used in academic writing. These are MLA, APA, and Chicago formatting. They all offer ways of marking citations and building a works cited page, but they do so in subtly different ways. The format you use depends on the field you’re in. MLA is widely used in academia, APA is more common in the sciences, and Chicago formatting is most often used in history papers. In most cases, the formatting is decided by the person assigning the paper. Eventually, formatting choices should be made based on where the who will publish it. Different journals have different formatting expectations.

Putting Your Knowledge to Use

By learning these four terms, you’ve prepared yourself to learn even more about writing a research paper. There are many more terms out there to learn. This includes terminology unique to individual fields. But each term on our list ranks among the most important. Without a strong, falsifiable hypothesis your paper is dead in the water. Proper citations using the right format are also essential. If you understand these concepts, you can avoid common mistakes and produce the best paper possible.